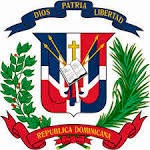 Flight capital, coming from Venezuela, and largely of dubious origin, has played a major role in funding many of the real estate projects that have improved the quality of life in the Dominican Republic in recent years, but there has been another source, which traces back to convicted Ponzi schemer & pyramid operator, David Murcia Guzmán, the man behind DMG.

When he moved the financial end of his criminal enterprise to Panama, Murcia, flush with cash, placed much of it with many prominent Panamanian businessmen, who promised to invest it in real estate. As we know, after Murcia's arrest, and what some say was a deportation orchestrated by some of the very individuals whom Murcia had entrusted his cash, much of those bags of currency were kept by the recipients. Remember, not all of that money was collected from participants in DMG's program; a large portion is generally believed to have been drug profits that Murcia was seeking to secrete within his massive business operation, and ultimately launder, for unknown criminal entities.

The expanding corruption investigation, that is presently taking place in Panama, has reportedly uncovered the fact that no less than $40m of that cache of Murcia's dirty money, was bulk cash smuggled into the Dominican Republic, and has since been used to fund many important real estate projects there.

While the identities of the cash smugglers has not been made public, the final destination of that money, in the opinion many Panama observers, may have been the former Homes Real Estate principal, Alexandre Henrique Ventura Nogueria, whose success story as a real estate developer in the Dominican Republic, has certainly been on the fast-track. We should also remember that Ventura himself indicated that he had first-hand knowledge of the payments that Murcia made, which were large cash "donations" to presidential candidates.

Unfortunately, Dominican authorities are not about to inquire too deeply into the source of funds of money that has made a substantial contribution to development in the Dom Rep, but the resulting double trouble for compliance officers in North American banks, possible Venezuelan narco-profits, blended into Colombian Ponzi scheme proceeds, may cause compliance officers to raise their assessment of Country Risk for the Dominican Republic, and they are correct, should they do so. Perhaps it is indeed time to pay more attention to foreign businessmen operating in the Dominican Republic.