The news about the Private Client division of a major Swiss bank, opening what it proudly described as a New Markets effort, is disturbing. This new class of wealthy individuals, which is composed of minorities, and other groups not previously considered to be potential clients, because they did not previously have sufficient wealth to qualify, are being specifically targeted by a financial institution with a regulatory history, and one that pursued American wealth, holding out the carrot of tax evasion techniques to possible clients.

A good money launderer can often wash the proceeds of crime, find a suitable, and willing, front man, or woman, and build a credible cover story about him or her, sufficient to withstand a rudimentary background check, but rarely enough to survive an enhanced due diligence investigation. In their haste to enroll this new class of non-mainstream,  yet affluent, private client, wealth management teams may intentionally choose to ignore deep due diligence, in favor of easy new money coming into the bank.

Money launderers read the newspapers too, and I guarantee that some of the more accomplished ones are aware of this New Markets initiative, by private bankers, and are already on the way towards matching up laundered narco-profits, that have been repatriated into the United States, with cooperating front men, who happen to be from minority ethnic groups, or even those of different sexual orientation, who are also being targeted by private bankers, to place money into those blue-chip international financial institutions, from where wire transfers can often be accomplished, completely outside the American financial structure. 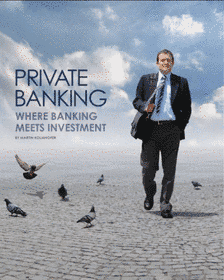 Remember what happened when a certain American bank expanded its clientele to foreign nationals from the newly-emerging non-Communist economy of Russia ? Literally billions of dollars of dirty Russian money went through the New York banking center. Let us hope that, in their eagerness to accept this New Money, bankers do not cut corners on compliance, and unwittingly, or intentionally, accept criminal proceeds for deposit.
Posted by Kenneth Rijock at Saturday, November 22, 2014