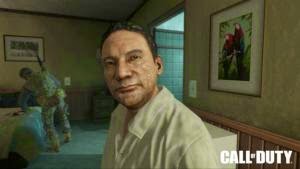 A California Superior Court Judge has dismissed the civil action, brought by the imprisoned former Panamanian General and President, Manuel Noriega, against a prominent American video game maker. The suit charged that the portrayal of Noriega's likeness in the popular game, Call of Duty: Black Ops II, was unlawful, and damaged the former dictator's reputation.

The defendant corporation, whose attorneys included former New York City Mayor (and ex-Associate US Attorney General, and US Attorney) Rudolph Giuliani, had filed a Special Motion to Strike, asserting that "the video game at issue constitutes protected expression on matters of public interest, and that the plaintiff cannot establish a probability that he will prevail on any of his claims."

Oral argument was heard on the motion; the Court, after surveying extensive existing case law in California, regarding a public figure's rights to publicity, and the First Amendment right of free expression, held that:

"In applying these standards to the evidence presented here, this Court concludes that Noriega's right of publicity is outweighed by defendant's First Amendment right to free expression. "(Opinion at 3)

"A brief survey of the defendants' uncontroverted evidence conclusively shows that Noriega is a notorious public figure, perhaps one of the more notable historical figures of the 1980s." (Opinion at 4)

"Noriega failed to provide any evidence of harm to his reputation." (Opinion at 4)