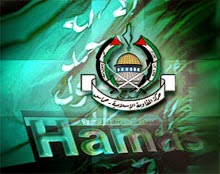 A report published by Forbes, and distributed in the Middle East, states that Hamas is the second richest global terrorist organization. Only ISIS has more wealth and income, according to the study, which estimates that the bulk of Hamas' wealth comes from funds diverted from international aid programs intended to aid the residents of the Territory of Gaza.

The fact that the Forbes report places Hamas above all the other international terrorist groups, save one, means that one must correspondingly raise estimates of the amount of money taken, for personal use, by the senior leadership of Hamas, and that even mid-level Hamas leaders are probably also in possession of some of this "diverted" cash, which is generally in US Dollars, though a lesser amount is in Euros.

Given that the vast majority of Hamas officials hold passports from the Hashemite Kingdom of Jordan, due to the fact that Jordan annexed what it named the West Bank (Judea & Samaria), which it occupied after the 1948 war, and many of the rest hold Egyptian passports, courtesy of the former Morsi government, you are looking for nationals of those two countries, especially those whose conversational Arabic contains slang native to Gaza. Your Arabic-speaking staff can assist you with this task.

In light of the Forbes report, which I cannot find in the US edition, it is recommended that you alert your new account staff to assign, for your secondary review, any prospective bank customers with Jordanian or Egyptian passports, intending to open substantial accounts, whose listed places or birth are now in present-day Israel, or the territories, or whose Arabic identifies them as possibly residents of Gaza. You must rule out any potential Hamas officers at account opening.
Posted by Kenneth Rijock at Sunday, November 16, 2014