WILL AMERICAN TRIAL LAWYERS SUCCEED, WHERE REGULATORS HAVE FAILED, IN TERMINATING THE CULTURE OF SANCTIONS EVASION DECEPTION AT INTERNATIONAL BANKS ? 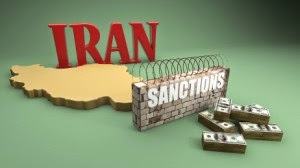 Is the Arab Bank case the shape of things to come ? There was a civil suit filed recently, in Federal Court, in the Eastern District of New York. It is styled Charlotte Freeman, et al, Plaintiff vs. HSBC Holdings PLC, HSBC Bank Middle East Limited, HSBC Bank USA, NA., Barclays, Standard Chartered Bank, Royal Bank of Scotland, NV, Credit Suisse, Bank Saderat PLC, et al, Defendants. It is an action, brought against five of Europe's largest financial institutions, pursuant to the Anti-Terrorism Act, alleging that the banks conspired with Iranian banks to alter and mask wire transfers, to evade American sanctions against Iran. It charges that the Iranian banks sent more than $100m to Iraq-based military and terrorist organizations, and that those groups killed and wounded American soldiers, using arms purchased with those funds. In essence, it sounds much like a conspiracy case; whether it will be successful is unknown, due to a lack of relevant case law; It could make new law in this field.

If you are able to review the entire 207-page complaint, you will learn that the defendant banks, all of whom have been sanctioned by US regulators, appear to have maintained a culture of deception, in that they maintained covert sanctions evasions programs that deliberately aimed to deceive, through a well-planned and executed, system of deletion of incriminating information. The goal of these illicit programs was clear: to push funds through the American financial structure, notwithstanding that it was illegal to do so.

The plaintiffs are seeking to make the biggest European banks responsible for the injuries and deaths of American soldiers, in a war zone, for the reason that the banks' conduct facilitated sanctioned activities, which ultimately financed IEDs that killed and maimed Americans.

I ask the question: must it take the American trial bar to do what US regulatory agencies cannot,  to once and for all, suppress the global Iran sanctions evasion programs that European banks are engaged in ? Here's the problem:

(1)  All the American regulators have done is levy heavy civil fines and penalties. That is chicken feed to the big banks; indeed many still can pay their shareholders a dividend after such fines.
(2) No bank director or global compliance officer has been indicted, notwithstanding their guilt. Read the complaint; I guarantee that you will be insulted by the absolute arrogance of these bankers.
(3) I see that, if anything, the Iran sanctions evasion programs have expanded, not decreased. The fines only drove the bankers to use more circuitous routes, through third-world countries in obscure places, and through new, creative techniques.

It is a sad situation, when our own regulators cannot stop widespread sanctions evasion; I imagine a British banker in the City, from one of the banks named as defendants, who has been laughing out loud at American regulatory ineffectiveness, getting into his Bentley Mulsanne this Christmas, off to a obscenely expensive holiday on the Continent. Perhaps now he might want to watch the American trial lawyers, because they work long and hard, and could ultimately do things to his bank that US regulators have been unable or unwilling to do; take effective punitive action to stop the sieve that is Iran sanctions evasion, in London and Geneva.