ARE YOU BANKING ANY CORRUPT FORMER PANAMANIAN CABINET MEMBERS ? 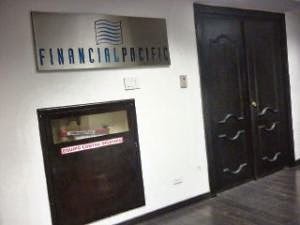 The unfolding Financial Pacific insider trading securities scandal, in the Republic of Panama, is alleged to have resulted in millions of dollars in illicit profits, for former President Ricardo Martinelli, and several of the ministers in his Cabinet. Since it is reasonable to assume that the guilty parties have previously transferred their criminal proceeds out of Panama, and into accounts in banks located in North America, and in other jurisdictions, it is suggested that you run the names of the Martinelli ministers.

Should any of these individuals happen to be current bank clients, you will want to take a hard look at their accounts. If there have ever been funds on deposit in excess of the known estimated income and assets of the client, you should consult bank counsel for advice forthwith, for you may have a duty to report to regulatory authorities, and where appropriate, exit account relationships. It is imperative that you have records that verify Source of Funds for any Panamanian PEPs that you are banking.

These are the ministers of state who were listed officeholders when Martinelli left office earlier this year:

You should also note that corrupt public officials in Panama often use corporations to hide their illicit wealth, and have been known to list close family members as corporate officers and directors.