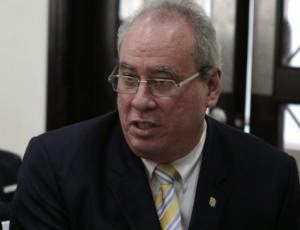 Judge José Ayú Prado, of the Supreme Court of Justice of Panama, has been accused, by a whistle blower, of forging her signature to a retraction of her written statement, which implicated former President Ricardo Martinelli Berrocal, and several of his former ministers, as participants in the multi-million dollar mining stock insider trading scandal at Financial Pacific involving Petaquilla Mine stock. His role, in shutting down the original  criminal investigation into the scandal, has come under intense scrutiny, as the current investigation broadens its scope.

Regarding the guilty parties in the stock scandal, several of Martinelli's former ministers, who are believed to have reaped illegal profits in the Petaquilla case, based upon the possession of inside information, are no longer seen in public, and are suspected of having fled the Republic of Panama.

Mayte Pellegrini, a former officer in Financial Pacific, has now alleged that Ayú Prado forged her name to a statement that essentially disavows her written affidavit. While it is not known whether the Justice will be charged, rumors are flying around Panama City that he will be criminally charged in another matter, which occurred when he was the Attorney General of Panama.
Posted by Kenneth Rijock at Monday, November 03, 2014