ARE YOU BANKING ANY CASHIERED IRAQI MILITARY OFFICERS ? 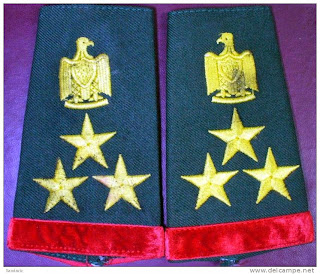 The new Prime Minister of Iraq has stated that he has removed thirty-six military officers from positions of command, on the grounds of corruption. The names have not yet been publicly released, but it is known that they include field grade and general officers, at the highest levels. Some may wisely choose to retire, and there's the compliance problem for international banks in the Middle East and the EU.

You can expect some of these new "civilians" will be seeking to open accounts at foreign banks, asking them to accept for deposit the ill-gotten gains they obtained during their recent commands. If your applicant is recently retired, it might be prudent to ascertain whether he was one of the 36 who were specifically cashiered for corruption, before accepting him as a valued client.