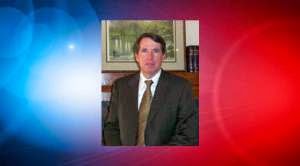 When a lawyer commits money laundering for his criminal client, is probation too light a sentence ? You be the judge. James Warner, a San Diego criminal defense attorney, was sentenced to;
(1) Probation for three years.
(2) One year of House Arrest (Home Detention).
(30 2000 hours of Community Service.

His crimes:
(A) He laundered $100,000 of client drug money.
(B) He was reportedly holding over $300,000, including $200,000 in cash.
(C) He was making structured deposits into his bank accounts.
(D) he used an offshore corporation.
(E) He told another client, arrested in a related case, not to cooperate, and his attorney's fees would be paid by the first client.

Warner has resigned from the California Bar, and it appears that he will not be practicing law again.

What do you think ? Sufficient punishment to deter other lawyers from committing money laundering crimes in the future ?
Posted by Kenneth Rijock at Saturday, November 29, 2014