SHOULD YOU RAISE COUNTRY RISK ON TURKEY BECAUSE OF HAMAS' HEADQUARTERS THERE ? 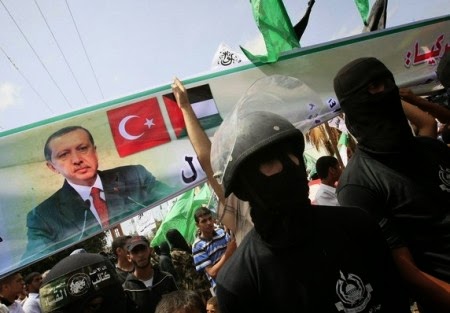 News that Israel has foiled what was intended to be a series of Hamas terrorist attacks, within Israel proper, is not unusual, until you consider the base from where the attacks were planned, funded, and directed; The Hamas operating station in Turkey.

This is the second time this year that a potential terrorist attack, emanating from Hamas'  base in Turkey has been stopped. This past summer, a Hamas attack, designed to bring down the Palestinian Authority within the West Bank, originated in Turkey. Fortunately, Israeli security agencies were able to nip that operation before it could be launched. Hamas' aim this year seemed to be the end of Fatah, the dominant political party in the West Bank, and the PA, thereby allowing Hamas to take over.

These events confirm that, since the latest Gaza war, Hamas is directing its major operations from the safety of its secondary headquarters in Turkey, which increases the risk that transactions with Turkish nationals, companies, or even government entities, could actually be , in truth and in fact, providing material support to a terrorist organization. Turkey, in giving Hamas a safe haven to conduct terrorist actions from, has made all international commerce with Turkey more high risk than it has ever been in recent memory.

It has also exposed itself to being the venue of any possible action against Hamas agents and facilities inside Turkey, which could originate in Israel, or any other country engaged in the global war against terrorism, or even covert action. A number of Hamas senior leaders have been assassinated outside Gaza, during the past decade; Does Turkey really want to be in that predicament ? The senior Hamas commander in Turkey is listed as Saleh Al-Arouri, who had previously been deported from the West bank by Israel. Turkey's opposition leaders have demanded that the government admit the Hamas presence. It was Hamas in Turkey that claimed responsibility for the killing of three Israeli teenagers in the West Bank, which precipitated the Gaza war this past summer.


Therefore, make your own educated decision, based solely upon the facts, but understand that risk factors involving transactions with, and sales to, Turkish companies and financial institutions, are now increased. 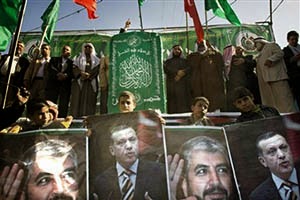