WHEN WILL THE UNITED STATES CRIMINAL JUSTICE SYSTEM TAKE DOWN JOSEPH MUSCAT AND THE MALTA MONEY LAUNDERING MACHINE ? 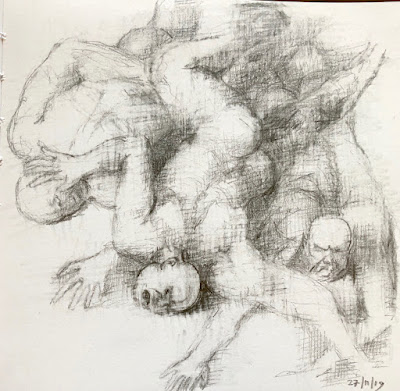 All Fall Down  by COSIMO

The question that I am most often asked by readers from Malta is When will the US Department of Justice Indict Joseph Muscat and all the Money Launderers here ? After all, the massive amount of money laundering there, reportedly involving Venezuela, Azerbaijan, Russia and Iran, involved mainly US Dollars, which provides the required extraterritorial jurisdiction. So, what's THE delay ? The new American Attorney General has been in office for more than half a year, sufficient time to assemble evidence, examine witness statements, and place the results before a Grand Jury.

While we cannot with complete certainty provide the correct answer to that question, the consensus of  opinion amongst criminal defence lawyers here is that the reason is one of these alternatives; 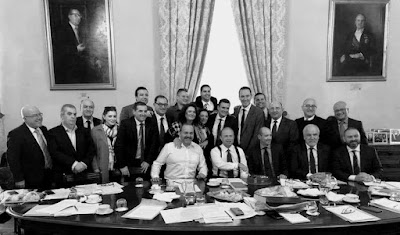 The Maltese Mafia at Castille

1. COOPERATING INDIVIDUAL(S) ?: One or more of the original targets of the money laundering and Foreign Corrupt Practices Act (FCPA) has cooperated with the DOJ. Perhaps all the information they have has not yet been provided, studied or analyzed.

2. UNDERCOVER AGENT ? :There is a law enforcement agent (non-US nationality, most likely British or German) operating within Malta in an undercover capacity, and his work is ongoing. 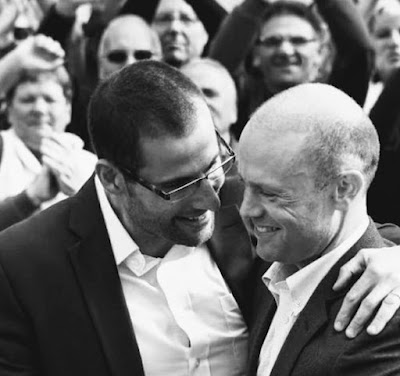 The PM bends a knee for the Godfather

3. IS THERE A HIDDEN HOLDOVER TRUMP SUPPORTER: The new AG has made a point of not firing those career DOJ attorneys who acted upon what most say were orders from Trump political appointees. Is there a holdover who is slow-walking the indictments, for his own personal agenda ?

4. ARE THERE POLITICAL CONSIDERATIONS ?; With the 2022 Congressional elections looming on the horizon, and the Democratic Party needing each any every vote to hold the majority in the House of Representatives, did word filter down to not file under after November 2022 ? Alternatively, did the UK or the EU weigh in, worried that dodgy British, German or Italian businessmen using Malta as a tax haven will be exposed in any American money laundering case ?

5. WAS IT AN AMERICAN INTELLIGENCE FAILURE ?  Given the small US law enforcement footprint in the area, Was the IC assigned to the task and has the American Intelligence Community failed to deliver sufficient evidence to satisfy DOJ lawyers they have enough to prevail at trial ?

6. ARE THEY WAITING ON A PRINCIPAL TARGET TO FLIP ? Is there  a reasonable expectation that disgraced former Malta Prime Minister Joseph Muscat, or a close associate, will soon roll over on his co-conspirators, and that event, which will completely change the nature of the case, is worth waiting for ? 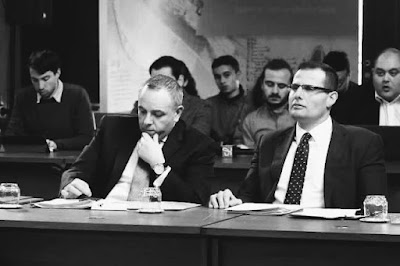 7. ARE THEY WAITING ON A RELATED FCPA CASE TO BE FILED ? Is there a major Foreign Corrupt Practices Act indictment that must be filed first ?

8. IS THE U.S. WAITING FOR CONCLUSION OF THE DAPHNE CARUANA GALIZIA EVIDENCE COMPILATION ? Perhaps the US Embassy doesn't want to detract from that case.

We cannot say at this point which alternative is the one, but rest assured we will be closely watching, and reporting on, all developments as they occur; Stay tuned, Malta.