IN MALTA, EVEN THE ELECTION POLLS ARE CORRUPT 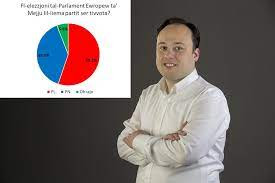 How to Lie with Statistics 101

Election polls that appear in Malta principal newspapers are often grossly inaccurate, because the pollster, VINCE MARMARA, pads the figures to reflect a much larger majority for the ruling Labour Party. Insiders say it is because PL pays him handsomely, as the party's official pollster,  when he does the same tasks for the newspapers, he as much as doubles Labour's allegedly true advantage. We call this a Conflict of interest, and it would not be permitted in any democracy where leaders insist on truth, but that's not Malta, Europe's centre of corruption.

Voters in Malta are aware of this practice, and fear the consequences should they favour the Opposition party, the Nationalists. Since Marmara has their telephone number and name, and verifies identity with their ID number, voters are afraid that their disclosure of an intent to support the Nationalist Party with have negative repercussions at work, meaning that their boss, who receives consideration to support Labour, might fire them.

Poll watchers in Malta say that 30% of those contacted either say they are undecided, or fail to answer. That drastically changes the Margin for Error, a major factor in any poll. of course, not saying whom you will vote for confirms voter fears of "outing" their preferences to the pollster.

Often, voters in Malta lie to the pollster when he contacts them. Given the present situation in Malta, the imposition of Greylisting by the FATF, Prime Minister Robert Abela's refusal to fire the nine sitting ministers implicated in Joseph Muscat's previous administration, for corruption and permitting criminals to act with impunity, expect Labour to lose its majority, and fail in the upcoming election. At that point, things will get very interesting in the courts; stay tuned.