WHAT HAPPENED TO THE MISSING $18m FROM GRENADA'S CANCELLED GSA PROJECT ?

Investors who made USD $275,000 payments into the failed Grenada Sustainable Aquaculture (GSA) Project, which had a buy-back guarantee from project owner and developer Soren Dawody, report that they have still not received their funds back, notwithstanding repeated promises from the developer, who has allegedly defaulted on meeting reimbursement schedules. Only a portion of their original investment were to be returned, and even those smaller sums were not to be fully repaid for three years. Where are these project development funds ? 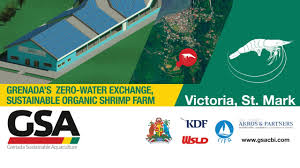 While no accurate figures have been made public, it is estimated that GSA developers took in over $18m. The project was never initiated, and was eventually cancelled by the Government of Grenada in 2018, even though the developer reached its investment targets. The investors were promised six per cent annual returns after three years. Mr. Dawody has gone on involvement in a number of other projects in Europe and the Middle East, including a similar aquaculture program in Antigua & Barbuda, but the estimated sixty-five victims have never been repaid.

It is noteworthy that the GSA payments to the developer were not made into accounts in Grenada, but into accounts in the United Arab Emirates (UAE) and Singapore. Whether there is criminal liability for fraud, misappropriation or illegal diversion of funds, and money laundering, under the laws of Grenada, has been the subject of debate among legal observers; Dawody has been absent from Grenada for several months. and creditors of GSA have not received payment, which are other indicia of fraud. He is reportedly a resident of Canada, but presently lives in Dubai, UAE. Was the missing $18m invested in other Dawody projects ?