GSA principal Soren Dawody's UK fisheries company, DF AQUACULTURE CAPITAL LIMITED, which was to be the vehicle implementing the Grenada Sustainable Aquaculture Project, has no track record in the relevant fields. We can find no DF projects, whether actually in progress, or completed, where a sustainable aquaculture environment was created. DF Aquaculture appears to be merely a shell, with no operational capability or assets. The name itself suggests it is more of a fundraising entity, rather than the builder and operator of an aquaculture system, but the company touts itself as a joint venture partner that will offer turnkey financing, training and operation of a sustainable aquaculture project. So where are the successes ? 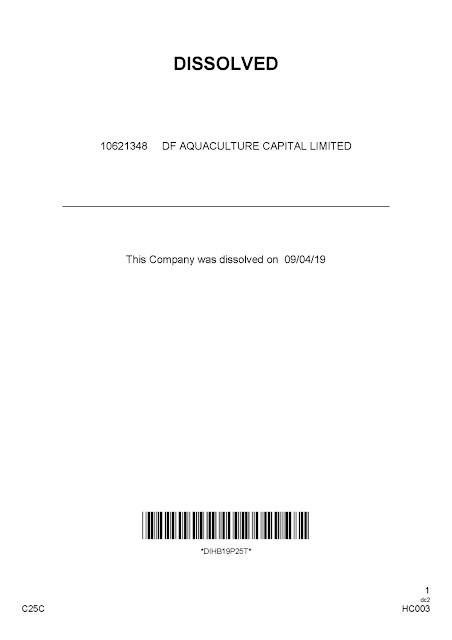 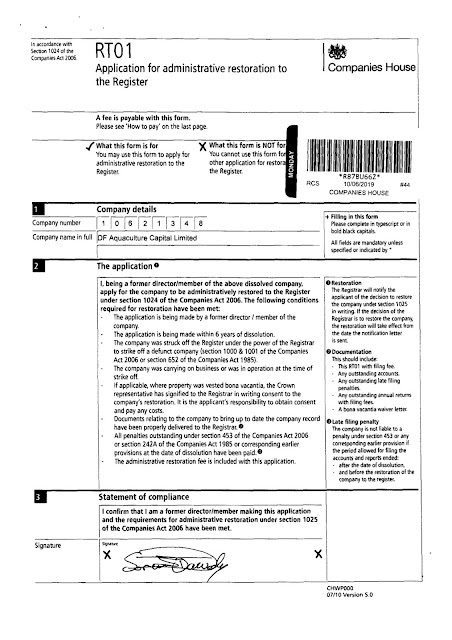 In truth and in fact, DF was struck off (dissolved) earlier this year, and Dawody had to reinstate it. You are referred to the documents appearing above, obtained from Companies House. Another Dawody UK company, KDF LONDON LIMITED, was also dissolved and had to be restored. Why did these companies become defunct ?

Moreover, reliable reports from Grenada have confirmed that no professional business plan was ever submitted to the Government of Grenada, which resulted in a substantial delay in issuing any leasehold to GSA to commence construction of its facilities. Those victims and commission salesmen who have been casting blame upon Government for alleged failure to adequately monitor and supervise GSA may not be aware of this fact.

In fact, an exhaustive search has failed to turn up any confirmation that Soren Dawody has ever operated a sustainable aquaculture facility anywhere in the world. All the impressive  Internet information is dated 2017, and there is nothing since to confirm that actual work was ever performed since. So where did the eighteen million dollars go ?
Posted by Kenneth Rijock at Sunday, October 27, 2019