Readers who wanted to see the Florida corporate documents of FRAUD GUARANTEE LLC, the front company that allegedly was used by two Florida businessmen, now under arrest, to move illegal foreign campaign contributions into the hands of American politicians may view it below. The Incorporator, Florida attorney Donald Allison, was a former Assistant United States Attorney during the same period that Rudy Giuliani was an Assistant Attorney General, and the US Attorney in New York. 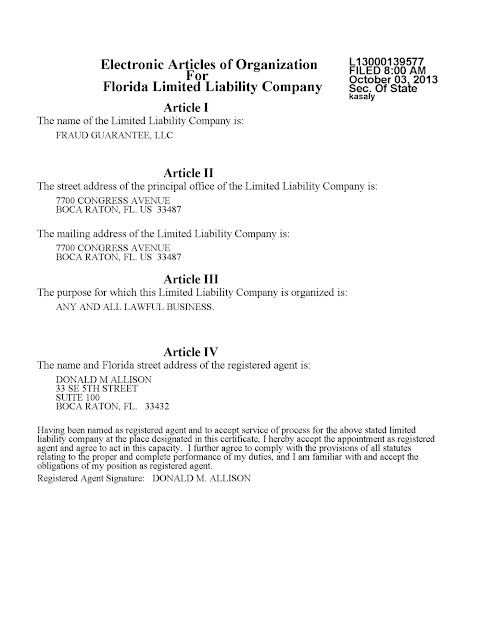 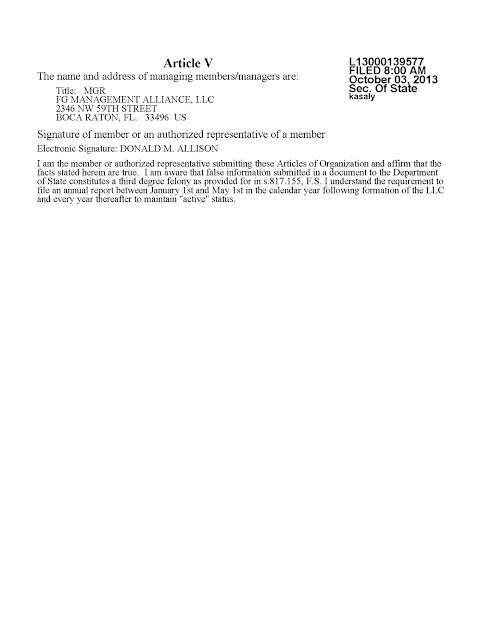