IS THERE INSIDER TRADING AHEAD OF WHITE HOUSE PUBLIC ANNOUNCEMENTS ? 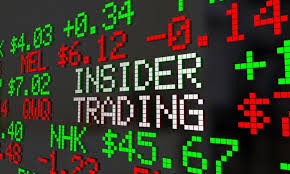 Insider Trading*, where an individual illegally profits by engaging in securities trades using non-public information he possesses, generally refers to intelligence about companies' future sale, merger, expansion, unveiling of new products, or other secrets, recent allegations surrounding what may be illegal use of upcoming announcements from the White House have emerged, with supporters, allies or associates of President Donald Trump as the guilty parties. Given the disrespect for the law by certain present or former government officials, Insider Trading on their part is not an unexpected event.

Controversial accusations that securities traders have earned $3.5bn, by trading in advance knowledge of public statements later issued by President Trump, have been appearing in major media, along with rumors that such conduct is under Investigation by the Securities & Exchange Commission, which enforces Insider Trading laws and regulations. 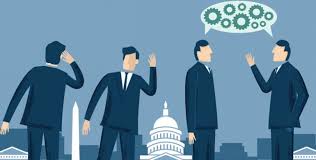 It is true that stock prices often rise or fall, based upon public policy statements made from the White House, especially regarding international trade issues with China, but they also can be affected by announcements regarding changes in American policies regarding foreign affairs, military deployments, and other critical international issues. The claim is that certain traders, who are the recipients, known in the securities industry as 'Tippees," are receiving this information, in advance of its public disclosure, and making obscene profits by executing stock trades based solely upon that intelligence. They would have received the advance information from someone in the White House, or from individuals who themselves received it from such a person. 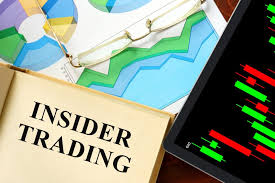 Given that the maximum Federal prison sentence for Insider Trading is twenty years, or a five million dollar fine ($25m fir corporate entities), we hope and trust that transactions that appear to have been made after illegal and unauthorized receipt of inside information are thoroughly and properly investigated, and that criminal charges be brought where the evidence supports indictment.