IS YOUR NEW CLIENT A HIDDEN PEP ? USE SOCIAL MEDIA TOOLS TO FIND OUT 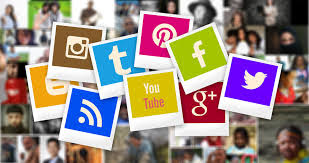 Compliance officers at international banks that welcome affluent foreign clients must be able to identify individuals who, while they profess to be private businessmen, are in truth and fact actually Politically Exposed Persons (PEPs) seeking to deposit  the proceeds of crime, especially bribery or kickback money, into their bank, and thereby effectively launder it. These individuals, who typically come from countries in the developing world where anti-corruption efforts are ineffective or absent, represent a major threat to your bank's reputation, should their true PEP status be later revealed during a very public criminal proceeding appearing in the media.

Your hidden PEP may be:

(1) A corrupt member of his country's military, appearing at your bank in civilian attire, and the business he leads might be simply a government-controlled and owned corporation.

(2) A close relative of a very senior government official, who just happens to have a last name different from the source of illicit cash stolen from a government treasury account, because he married into the official's family, or his father did.

(3) The paramour of a leader of his or her country, who is entrusted with placing, and ultimately laundering, criminal proceeds of that individual.

(4) The head of a charity or nonprofit entity, or a senior officer, that is missing a substantial sum from its accounts.

(5) A government purchasing agent for a ministry with a huge budget, who is embezzling funds on a grand scale, and bribing anyone in his country who  are facilitating that activity, by opening foreign bank accounts for those individuals, in your bank.

While there is no single foolproof method for uncovering a hidden or undisclosed PEP, many compliance officers routinely access social media and social networking websites, during their due diligence inquiry into new accounts, to seek whether their client appears anywhere. Detailed  information about the client's family members, professional associations, university or social club membership history, participation in or attendance at charitable or sports events, all may provide clues as to his true status as a Politically Exposed Person.

Is he related to a government official who has access to funds ? Is he really a member of government ? Was his occupation or profession, which may provide a clue to his PEP status, hidden from the bank ? Searching for his image on social media, using your available facial recognition software technology, may provide information that was artfully not disclosed at account opening.

Hidden PEPs will open an account, and wait patiently for an initial period, after which routine scrutiny of new accounts typically lapses, before moving large amounts of money through them. By seeking to expose any hidden PEPs through a thorough initial search of social media and social networking resources, using facial recognition software, you may be able to rule out the client as a PEP, and minimize the risk that he will later quietly launder criminal proceeds through his new account.