BANNED FOR LIFE, ALASKAN STOCKBROKER THUMBS HIS NOSE AT FINRA AND S.E.C. FROM OFFSHORE, SELLING UNREGISTERED SECURITIES TO AMERICANS

His name is Gary James Lundgren; after a half dozen regulatory actions were filed against him, FINRA banned him from selling securities for life. His response; working from a safe haven in the Republic of Panama, he sells unregistered securities posing as "bonds" to American investors, using Panamanian corporation with the same name as his defunct State of Washington broker-dealer, INTERPACIFIC INVESTORS. 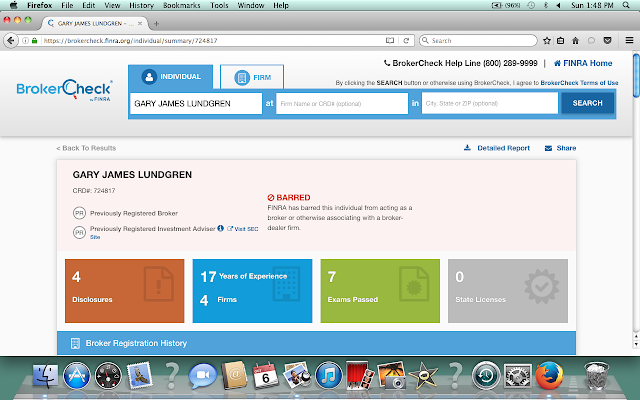 He flaunts his protected status, operating his secure Panama City office, protected by multiple bodyguards, in case any of his victims decide to take matters into their own hands. he originally fled the United States after Sexual Predator and environmental law violations were filed against him in the State of Washington, where he operated his brokerage from outside the Continental United States.  We have covered his career as a fraudster extensively on this blog; please type his name in the Search Box to review those stories. 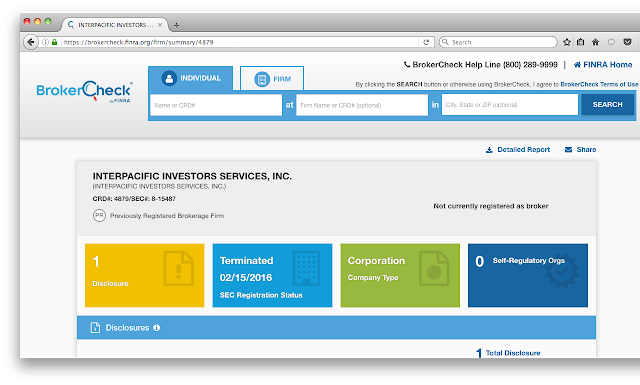 What he calls "bonds," allegedly paid from the proceeds of sales and rentals of his properties, meet the classic test of what constitutes a security under Federal law. He offers them to Americans, apparently safe from arrest, operating from Central America's most notorious tax haven.

While the Securities & Exchange Commission and FINRA may not be able to obtain personal jurisdiction over Lundgren, it is high time that these agencies find a way to bring this fraudster to justice, in a Federal Courtroom in the United States. 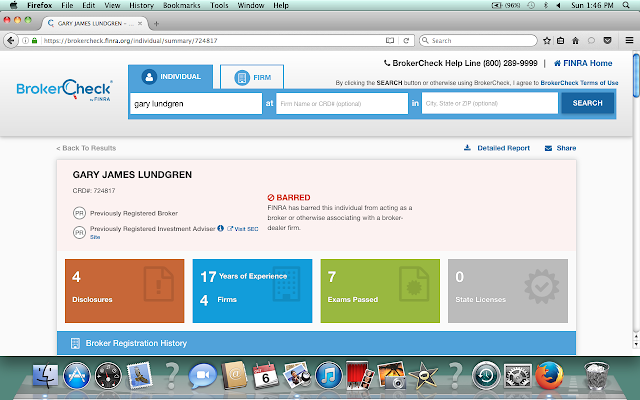