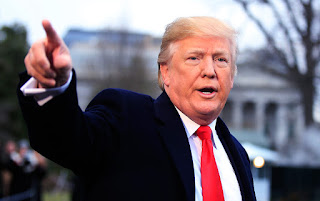 Major media outlets are reporting that in 2017 President Trump asked then-Secretary of State Rex Tillerson to lean on the Department of Justice to drop criminal charges on the Iranian oil-for-gas kingpin, Reza Zarrab. The Secretary refused, as he knew that seeking to interfere with an ongoing Federal criminal case is illegal. Obviously, someone else wasn't paying attention in college.


We know that Zarrab was a client of Trump's personal attorney, Rudy Giuliani, after he and former Attorney General Michael Mukasey visited Turkish President Recip Erdowan, where a possible transfer of Zarrab to Turkish custody was discussed. Zarrab lived most of his adult life in Turkey, and was a dual national. He allegedly traded Iranian crude oil for gold.