FRANCE ADOPTS FACIAL RECOGNITION TECHNOLOGY FOR SECURE IDENTIFICATION, WHILE U.S. LAGS BEHIND DUE TO MISPLACED CONCERNS

While France moves forward, many jurisdictions in the United States are restricting,  or even banning, the use of facial recognition technology for identification, especially for law enforcement use, citing inaccuracy, lack of security of information, and privacy concerns. While many US law enforcement agencies effectively use facial recognition software to identify unknown persons of interest, there is a widespread public perception that body camera use by police will result in mis- identification of innocent individuals.

Alicem, which is a joint project of the Ministry of the Interior, and the National Security Title Agency (ANTS) has responded to those objections:

(1) Accuracy is reportedly assured by requiring that users submit a video that captures their expressions and movements at different angles, which are then compared to photographs of the user previously stored in existing biometric passports. This is intended to respond to complaints about effectiveness and errors, as the video delivers sufficient variations in facial expressions to deliver accuracy in results.

(2) The security issue has been resolved, according to government officials, by causing the biometric data to disappear from the user's telephone, and preventing third parties from access to the data. 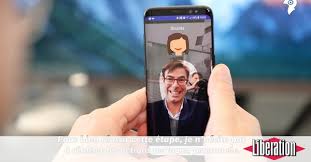 (3) The privacy issue, which the the principal concern of human rights organizations,  does not exist, according to France, because the data will not be integrated into civilian identity databases, as it has been in certain Asian countries, which conduct  active surveillance upon its citizens.

While it is expected that there will be court challenges to the Alicem program, the ability of criminals and terrorists to create a bona fide identity, through the combination of modern technology and rampant corruption abroad, has mandated facial recognition technology as the only truly effective method of personal identification. There is a strong public policy favoring the use of effective ID programs, and facial recognition platforms appear to be the only solution. 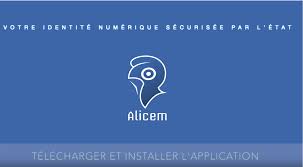