CANADIAN BANKS ARE PULLING OUT OF ANTIGUA AND BARBUDA 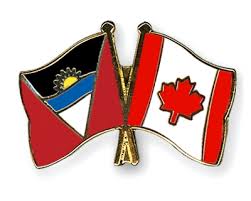 In the aftermath of the very public controversy over the attempts of Antiguan business and political interests to forcefully acquire the local branch of the Bank of Nova Scotia (Scotiabank), rather than see it sold to the Trinidad-based Republic Bank, it has been widely reported that all Canadian banks operating in Antigua are in the process of closing down their local facilities, and withdrawing all service.

While the specific reason for pulling out of Antigua has not been identified, most seasoned observers of the local banking scene agree that at least one these issues is the most likely candidate:

(2) The risks posed by the dodgy foreign purchasers of Citizenship by Investment (CBI/CIP) and diplomatic passports, whose fees and costs are flowing through local banks.

(3) Ongoing De-Risking operations, which have reduced and eliminated the delivery of correspondent banking services for Antigua, from North American and European banks.

(4) What has been described as a "Culture of Corruption," where unresolved and uncharged cases of official corruption, at the ministerial level and above,are ignored by local prosecutors and law enforcement.

(5) A flawed court system that allows indefinite delays, facilitated by the local judiciary, to deny justice, and to violate the Rule of Law.

Compliance officers at international banks should take note of these actions of Canadian banks, when assessing Country Risk for Antigua and Barbuda.