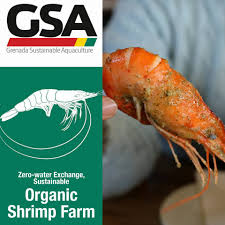 The foreign businessmen who invested in the Grenada Sustainable Aquaculture (GSA) project were induced to participate, in large part, due to warranties, written representations and promises of the deceptively similarly named Aspen Assurance Company Ltd., located in the US Virgin Islands, which basically guaranteed a "buy back" of their investment. Unfortunately, the company now appears to be little more than a shell, without any assets to make good on its promises.

Investors, who noted that GSA was on the Grenada Government list of approved CBI projects, and who placed their money into the project, also based on that fact, were not informed about these issues:

(1) The company's official address is what we call an accommodation address, which means a mail drop. Aspen has no physical location of operation; it is a shell, not a working insurance company.

(2) The signatory on the contract is a Panamanian attorney, located in Panama City, and not admitted to the practice of law in the US Virgin Islands. The agreement recites "Legal/Contract Department" of a company that is not operating. How can he legally bind Aspen ? He is neither the firm's attorney, nor an officer. The entire agreement may be void and unenforceable.

(3) Aspen was not in 2016, and is not now, offering other insurance products to the public.

(4) No financial statement has ever been produced, to verify that assets exist to pay for the buy back obligations. where are the "two billion dollars in available assets, " that appear in the solicitation ? It is the similarly named, but not affiliated, Aspen Insurance that has billions in assets.

(5) What about the Dominica-domiciled company with the same name from 2012 ? Who are the officers and directors of both companies ?

These are just a few of the issues that stand out in this $18m scam, in which affluent investors who were acquiring CBI passports from Grenada were duped into buying shares of a sustainable aquaculture project.

Some observers are also concerned that the GSA project shares may constitute a Security for the purposes of the American Securities Act of 1933, which requires registration in the US, and disclosure of financial and other significant information concerning the investment. Were SEC rules and regulations violated ? We cannot say at this time, but further investigation is warranted.
Posted by Kenneth Rijock at Wednesday, October 30, 2019