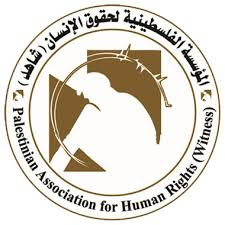 A majority of the members of the United Nations Economic & Social Council have voted against the admission of the Palestinian Association for Human Rights - Witness, which applied for special status, where the NGO  would be able to advise the UN and take part in its activities. Witness is classified as a terrorist organization in the State of Israel.

Witness, which is a front organization for Hamas, itself a designated global terrorist organization in several Western countries, claims to support Palestinian prisoners incarcerated in Israel for terrorist acts, and to assist Palestinians living in Lebanon.  Its leader, Mahmoud al-Hanafi, is known to have had meeting with the Hamas leadership, as well as those of Palestinian Islamic Jihad, which the United States asserts is actually a close ally of Hamas, but which maintains a separate identity to allow it to conduct terrorist actions against Israel as an alleged independent organization outside of Hamas control.

The fact that the Government of Lebanon allows such an obvious front organization for Hamas to freely operate there is not only disturbing, It is one more piece of evidence in support of the fact that Lebanon has become a State Sponsor of Terrorism, whether it be Hezbollah, Hamas, Palestinian Islamic Jihad, the Islamic Revolutionary Guard, or others. Consider that when assessing Country Risk for Lebanon.