As we approach the one year mark since India requested that Antigua & Barbuda extradite its most wanted super-fraudster, Mehul Choksi, his bogus legal tactics and dilatory actions continue, enabled by a local court system influenced by utterly corrupt government officials at the highest level.

Choksi's legal team has asked the Eastern Caribbean Supreme Court to allow him to petition it, to review a decision of the trial court denying Choksi's application to allow an "expert witness" to testify, regarding the validity of India's extradition request. If and when Choksi receives an adverse decision, his lawyers have already indicated that they will petition the Privy Council. Legal authorities have already indicated that there are no valid grounds for the Privy Council to accept jurisdiction; his action is without legal merit.

One member of Choksi's legal team is, coincidentally, one of the well-connected Antigua attorneys who have delayed the extradition of the former financial regulator, Leroy King, for more than ten years. King faces a potential life sentence in the United States, for assisting the mega-Ponzi schemer, Allen Stanford, steal billions from his victims.  The Choksi anti-extradition strategy appears to be a cookie-cutter copy of the King case, so do not expect a swift resolution. 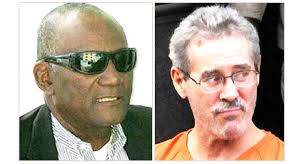 The intentional delays in Choksi's extradition to India, while he is free to spend his criminal proceeds there, have seriously damaged Antigua's international image, especially in North America. Whether he will reside indefinitely in Antigua, and cheat justice, remains an open question that only the country's Prime Minister, Gaston Browne, can answer.
Posted by Kenneth Rijock at Saturday, June 08, 2019