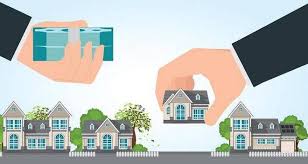 Many of the prime ministers of countries located in the Caribbean have extensive real property holdings in the United States and Canada. Specifically, the list includes leaders from the five East Caribbean states that sell Citizenship by Investment (CBI/CIP) products, and unofficially, diplomatic passports, issued by their governments.

The value of the real estate owned by Caribbean leaders, each in the many millions of dollars, far exceeds their official salaries and income. Rather, the criminal source of their funds includes bribes and kickbacks, solicited and received, payoffs to approve certain foreign investments there, and money paid, by white-collar criminals, to gain approval for CBI passports or diplomatic passports.

Much of the real estate in owned through shell corporations, relatives of the leaders, and political allies fronting for them. The illicit payments were laundered, generally through cooperating local financial institutions in their home countries, and moved into the United States, to provide a safe harbor. A number of senior Caribbean leaders plan to reside in the US after their terms in office end or expire.

Whether these assets, which are subject to forfeiture, should criminal charges be brought in the United States against the leaders after they leave office, will remain in their hands remains and open question. There are, reportedly, a number of open criminal investigations pending, though the status is not known. Most likely, they are money laundering cases. Some Caribbean leaders have served time in Federal prisons for their crimes, so the political sensitivity of such cases does not seem to affect whether they can be brought.