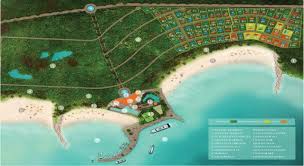 The Yida project, China's 2000 acre Special Economic Zone, presently under construction in Antigua, and labeled the "Chinese Colony" by Antiguans opposing it on environmental grounds, will be an autonomous entity cementing China's expanding footprint in the East Caribbean. The Peoples' Republic, which has been constricting huge embassies in the region, is seeking to displace the United States as the dominant local economic power. The project has been described by local opponents as "economic terrorism," and there are valid reason for the concerns. China often controls developing countries through loans that they are unable to repay.

There is another issue which is extremely disturbing; buried in the project description is a reference to the fact that the project will also contain an offshore wealth management center. This is an oblique reference to a tax haven; a Chinese-controlled offshore financial center, in a region known for poor anti-money laundering and counter-terrorist financing compliance, this facility could pose a direct threat to the foreign policies of the United States and Canada in the region, advance China's financial influence among the already non-democratic Strong Man-led republics of the East Caribbean, and destabilize Latin America. 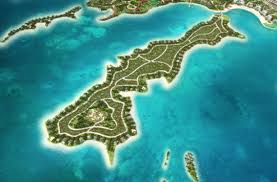 Allowing China to construct a city-state in Antigua, and build a tax haven inside it, could alter the balance of power in the Caribbean, vastly reducing the already declining American influence there. We do not need another criminal tax haven in America's backyard.
Posted by Kenneth Rijock at Monday, June 24, 2019