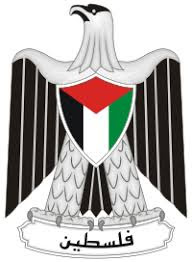 Reports from Israel confirm that corrupt senior Palestinian Authority officials are moving PA funds to Malaysia, where they are used for Hamas terrorist training there. The money, obviously diverted from Authority accounts, is laundered through Dubai, and thereafter into Malaysia.

The senior PA leaders named as players in the terrorist financing operation are:

(1) Dr. Mahmoud Al-Habash, the Supreme Sharia Judge of the Palestinian Authority; he also holds the titles of PA leader Mahmoud Abbas Adviser on Religious and Islamic Affairs, and Chairman of the Supreme Council for Sharia Justice. He is said to have formed shell companies for the movement of the proceeds of corruption  out of the West Bank, through Dubai and to Malaysia. His bureau chief is listed as Khaled Barude. Hamash is known to be display a violently anti-American perspective.

(2) The Ambassador of the Palestinian Authority to Malaysia Anwar Al-Agha. His now ex-wife reportedly divorced him when she discovered he was using her as an officer in his shell companies without her knowledge and consent.


(3) These two conspirators are linked to Hamas member Fatah Al-Nuri, a businessman now living in Algeria, and Yasser Abbas, the son of Mahmoud Abbas; these two individuals are also involved in terrorist financing. Another close associate is the PA Ambassador to the Sudan, Abed Al-FatahAl-Satri.

The Prime Minister of Malaysia, Mahathir Mohamad, who is known to have close links to Hamas,is presumed to be facilitating Hamas operations, and providing material support to Hamas, which is a global terrorist organization.

We have previously reported on Hamas military training camps in Malaysia; we now know how they are financed.