CPA SAYS KPMG SHORTCHANGED ITS LATIN AMERICAN PARTNERS AND THEN FIXED THE COURTS, DENYING THEM ACCESS 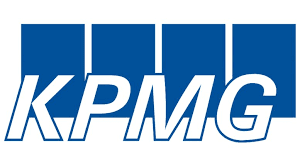 An accountant who was a partner at KPMG in Latin America, in violation of its contractual obligations, suffered arbitrarily reduced compensation, done across the board to all partners, to less than ten percent of what their contacts required to pay them. This was reportedly part of a scheme to deny partners their rightful compensation.

When the KPMG partners sought access to the court system, he alleges that KPMG paid bribes to court officials and judges, to delay the case for more than eight years, in order to coerce a small settlement. The unconscionable settlement prohibited the partners from taking any subsequent legal action, upon pain of losing the little amounts that they received.

This appears to be the tip of the iceberg, regarding widespread misconduct at KPMG. A fair review of the recent cases involving the accounting firm turns up arrests of KPMG officers arrested for fraud allegations, a huge $600m judgment in Hong Kong, audit fraud, data and exam fraud, and many more. Who will clean up KPMG, or should legal action be taken to dismantle it for racketeering ?