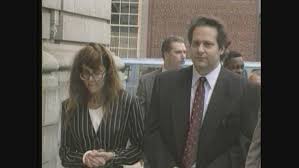 Attorneys for Stephen Saccoccia, who is currently serving 660 years in Federal Prison for laundering narcotics profits for the Cali Cartel, have filed a motion in US District Court in Rhode Island, seeking compassionate release, pursuant to the new First Step Act,  a prison reform law which allows judges to release elderly nonviolent prisoners under extraordinary circumstances, especially if they have health problems.

Saccoccia, a former high school mathematics prodigy, reportedly laundered more than $135m for the cartel; he has already served twenty seven years. His sentence included a $16m fine, and forfeiture of $136m of assets. His wife was also convicted, but served only 14 years and was released fifteen years ago. Saccoccia received the maximum sentence permitted by law. His release date is October 17, 2567; he is presently at the Federal Penitentiary in Coleman, Florida.

The courts have previously denied Saccoccia the right to retain assets which were part of the forfeiture judgment. His assets included money held in safe deposit boxes abroad, and 83 gold bars, found buried behind the home of his mother.

The US Attorney in Rhode Island, who is disputing Saccoccia's claims of serious health problems, as well as his other grounds, is opposing release due to the seriousness of the crime, and has requested a delay to determine whether the warden at the prison where he is incarcerated actually received his request for release.
Posted by Kenneth Rijock at Monday, June 03, 2019