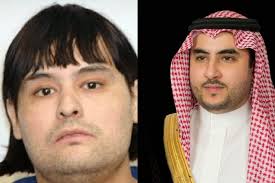 Anthony Gignac, whose convincing impersonation of a Saudi Prince allowed him to fleece investors of over eight million dollars, was sentenced this week, in a Miami courtroom, to eighteen years in Federal Prison. Gignac, who scam came complete with fake diplomatic license plates, bogus DSS identification for his "bodyguards," all the the trappings of a billionaire, used these tools to trap willing investors into paying him for non-existent global projects.

The "investments" he offered included participation in Saudi Aramco, the government-owned oil company, casinos, a pharmaceutical company, and hotels. all of which were fictional. Gignac used the money to live an opulent, private jet, luxury car existence, including a pricey unit on Miami's exclusive Fisher Island. He is a resident of South Florida.

Readers who wish to learn more details can access the Department of Justice press release here.