UK SEIZED THREE TONNES OF EXPLOSIVES FROM HEZBOLLAH NEAR LONDON 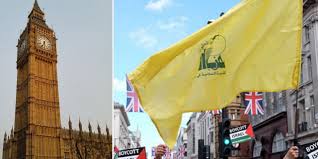 British media is abuzz with news of a terrorist incident, apparently now declassified, regarding the seizure of three metric tonnes of ammonium nitrate, an explosive component, in 2015, from Hezbollah agents operating from a secret bomb factory located near London. The material, which was packed in thousands of disposable ice packs, was destined for attacks which were planned against targets said to be in Thailand, New York, London & Cyprus. 8.2 tonnes were found in Cyprus, and an arrest made.

Reportedly, UK security services, acting on a trip supplied by a foreign government, raided four homes in northwest London. Hezbollah's "Military Wing " was sanctioned in the United Kingdom in March, 2019. previously only the so called- Political Wing was sanctioned in the UK.  Hezbollah is classified as a terrorist organization by the US, Israel and the Arab League. 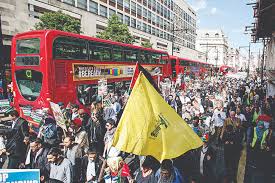 There is speculation that information about the 2015 seizure, which is larger than the material used in the Oklahoma City bomb, was not released to the public, in an effort not to derail the Joint Comprehensive Plan of Action, the Iran nuclear agreement. Had this information been released timely, would public pressure in the UK have resulted in an earlier sanction against the Hezbollah Military Wing ? We cannot say, but denying the public the truth about terrorist threats that represent a clear and present danger is never prudent. Obviously, politics trumped public safety.
Posted by Kenneth Rijock at Sunday, June 09, 2019