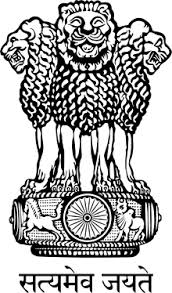 The Government of India has come down hard on CBI jurisdictions, such as Antigua, who "allow economic offenders to use investment-type schemes to obtain residence or citizenship to escape from [the] legal consequences"of their crimes. Nirmala Sitharaman, the Minister of Finance of India, speaking at the G20 Finance Ministers and Central Bank Governors Conference in Japan, called upon nations to strongly deal with such practices," implying that punitive international action is warranted. India is extremely displeased with Antigua for not speedily extraditing Choksi, after it sold this known fraudster an Antiguan passport.

Antigua & Barbuda, which operates a Citiizenship by Investment (CBI/CIP) program that sold a passport & citizenship to India's most wanted white collar fugitive, Mehul Choksi, has refused to extradite him to face a criminal trial in India, relying upon dilatory procedural legal delays that have allowed criminals to cheat justice abroad. The case has resulted in Antigua sustaining serious reputational damage in North America and the European Union, due to increasing distrust of the country's court system. If a country's court system is rigged, foreign investors have no place to settle legitimate disputes, and as a result they steer clear of that country.

The Leroy King case, in which the former chief Antiguan financial regulator has evaded extradition to the US for more than a decade, is a prime example of the Antiguan judiciary's corrupt conduct, when it comes to intentional disregard of the Rule of Law, based upon the wishes of senior political leadership. If Chokli is not extradited, Antigua will most likely be elevated to High Risk status by bank compliance officer charged with the calculation of Country Risk, which may cause major economic damage.
Posted by Kenneth Rijock at Tuesday, June 11, 2019