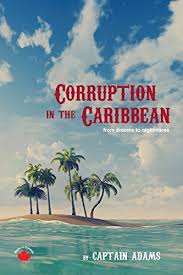 While corrupt Caribbean officials wonder whether they are next, details surrounding the Federal money laundering charges filed in New York, against Donville Inniss, a prominent former minister and ex-Member of Parliament in Barbados, in a bribery scandal involving a Bermuda-owned insurance company, remain a mystery.

Inniss was arrested in Florida, and posted a $50,000 bond in Federal Court in Tampa; the case is pending in the Eastern District of New York. The court file remains sealed to the public, which is a good indication that there are addditional named defendants outside the jurisdiction of the Court, meaning overseas, and the US Attorney in that district does not wish to alert them before they are in custody.

The fact that there will be additional parties defendant in the Inniss case will only serve in increase the fear of arrest for corruption among East Caribbean government officials with something to hide, meaning the acceptance of bribes or kickbacks, especially if they were careless about moving those criminal proceeds through the US financial system, which confers jurisdiction in the United States.