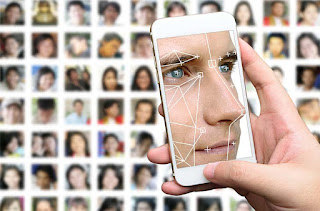 Is your new wealthy client a PEP, or isn't he  ? He claims to be the CEO of a large company in a foreign country not known for transparency; is he really a senior colonel in his nation's military, and the head of a government-controlled company, but he is really masquerading as a civilian executive ?

You can unmask him if you have the right equipment in your compliance toolbox.

We have all read the Congressional testimony about Facebook's use of what is known as Shadow Profiling; accumulating information on individuals who are not on Facebook, through their online activity when they visit facebook sites. This technique can be a valuable compliance tool for identifying foreign Politically Exposed Persons (PEPs).

Compliance officers who are tasked with eliminating prospective clients as Politically Exposed Persons (PEPs) can adapt Social media sources and methods, even though the target is not a user or participant of social media sites. It is accompliahed by using facial recognition software programs that have total access to social media resources. A target may not be personally engaged on social media, but his photograph has most likely been taken at a charitable event, holiday party, major social encounter, private party or dinner among close friends, and facial recognition software, if employed, will extract his images from social media pages, newspaper stories, blogs, websites and CCTV footage.. Was the colonel in civilian clothes at all these functions ? I doubt it, for he was not aware that his off-duty activities have been recorded and accessed at what were private events, out of the public eye.

Whether the individual is a corrupt foreign government official taking bribes or kickbacks at home, military officer stealing from government accounts, a leader of an NGO or charitable organization, suchindividuals wish to conceal their PEP status, but compliance officers can identify them by the proper use of facial recognition software programs that have access to social media resources. It is the only way to unmask a well-concealed PEP seeking to hide his illicit wealth by posing as an affluent foreign national attempting to open an account at your bank.