ANTIGUA'S SYSTEM OF EVADING EXTRADITION OF ITS CRIMINALS CONTINUES 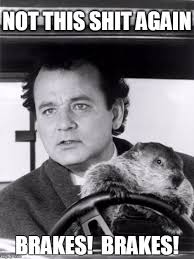 Have you ever seen the motion picture Groundhog Day ? In that film, actor Bill Murray is forced to repeat the same day's bad events, over and over again, ad nauseum. That is what is happening again in Antigua, where the government sees to it that that fugitives from foreign extradition requests never see the inside of a criminal courtroom, anywhere, so that Antiguan corruption is never publicly exposed abroad, or bad actors charge with crimes there.

In the United States, we are painfully aware of this sordid fact; for a decade, Antiguan courts, which follow the lead of their senior government officials, rather than the Rule of Law, have prevented the extradition of the country's former banking regulator, Leroy King. Mr. King artfully, and illegally, kept US regulators from the truth of Allen Stanford's billion dollar Ponzi scheme for years, and reportedly financially benefitted royally at the time, as did Antigua's power structure, from his actiions.


When the US Department of Justice sought his extradition, the local court system began a campaign of engaging in extremely dilatory measures, all designed to keep King out of an American courtroom indefinitely. Many in Antigua have stated that, should he be extradited, and eventually cooperate with Stanford case prosecutors, he will implicate many of Antigua's present, and former government leaders, including members of the Bird family, Bird's alleged fixer, Asot Michael, and current Prime Minister Gaston Browne.


The legal tactics, which are obviously intended to interpose delay, include these dodgy tricks:

(1) The Court repeatedly changes the judge or judges assigned to the case. Each time, the newly-appointed member of the judiciary claims that he or she needs sufficient time to "review" a routine extradition request, adding six months to year to the already lengthy time frame.

(2) The Court assigns judges from other countries in the East Caribbean to hear the multiple, and meritless, appeals, filed by King's legal team, who allegedly have their own schedules and workload, which also extends the time they require to respond.

(3) The sitting judges grant King repeated, and legally improper, appeals and further proceedings, long after two court rulings have ordered his extradition to the United States. Many of his legal arguments to the local courts, and appellate courts, are totally bogus, but they are not dismissed out of hand by the cooperating members of the judiciary.

(4) The defense brings in prominent additional local, as well as regional, attorneys, who have immense influence upon the local judiciary. They file Constitutional motions and briefs, endlessly challenging the right of the US to extradite King; still more delays ensue.

Most legal observers believe that King, who travels around Antigua with several bodyguards, to avoid being detained and removed to the United States by bounty hunters or US Marshals, will never be extradited. He has reportedly declined settlement offers from the United States.

Now, this legal nightmare is happening again, in a new case involving the fugitive Indian billionaire Mehul Choksi. India correctly fears that Antigua will delay his extradition, which is duly authorized from one Commonwealth country to another, while it enjoys the financial advantages of a free-spending financial criminal's immense pocketbook. Also, many Antiguans are concerned that the Choksi case will focus so much negative attention upon their country's rampant corruption, that foreign investment, which is in serious decline, will completely dry up.

Antigua has already planted the first intentional legal obstacle to Choksi's extradition. Governement sources have told local media that the Public Prosecutor, who overseas extradition rerquests, is conveniently on vacation for 30 days, and that the matter must be handled by him alone. Are there no other government attorneys on staff in Antigua, we wonder ? It seems to be legal Groundhog Day all over again in Antigua, where justice delayed and therefore denied is the only thing on the menu.
Posted by Kenneth Rijock at Saturday, August 11, 2018