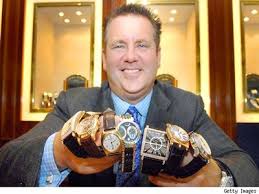 Former Fort Lauderdale attorney/fraudster Scott Rothstein, who is currently in the Federal Witness Protection Program (WITSEC), and serving a fifty year sentence for  a billion dollar Ponzi scheme, simply refuses to face the fact that he will not be receiving a Rule 35(b) sentence reduction in his case. He has filed an appeal from the District Court's order granting the Government's motion to reduce his sentence, and to also deny him an evidentiary hearing on the matter.

You may remember that the Government asked that the pending, generic motion for reduction of Rothstein's sentence be withdrawn, on the grounds that he engaged in misconduct, in connection with his former wife's efforts to hide their jewelry from being used to reimburse victims of the Ponzi. Considering the Government's sole discretion, in considering whether to reduce a sentence, Rothstein's contract argument was weak at best, and now he is appealing what appears to have been a sound judicial decision, based upon the rule of law. Nevertheless, the appeal is proceeding.

While the Appellate Brief has not yet been filed a proposed draft, presented to the Court in connection with a request to file it late indicated these are the issues presented:

(2) The Plea Agreement does not give the Government the right to withdraw a previously-filed Rule 35.

(3) The Court erred when it refused to give the appellant an evidentiary hearing on the issues.