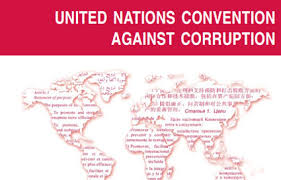 The Government of India is relying upon the United Nations Convention against Corruption to compel Antigua & Barbuda to extradite the $2bn fugitive fraudster Mehul Choksi from Antigua, where he has been evading arrest, based upon a CBI passport he reportedly bought for $2.5m.  The UN treaty, of which India and Antigua are signatories, applies where the crimes charged are offenses in both countries. Choksi was the alleged mastermind of the billion dollar scam perpetrated against state-owned Punjab National Bank, and if India had a "Most Wanted" list, he would be the number one target.

Antigua appears to be already sowing the seeds of delay; it is refusing to move forward with the extradition until the Public Prosecutor is back on duty, and he has curiously been allowed to take an extended holiday. Also, an attorney closely connected to the government, David Dorsett, is presently representing Choksi, and since he has denied that his client was involved in any criminal conduct, you can expect his representation to include diatory action. It is believed he will follow the decade-long pattern employed by lawyers for the fugitive former Antigua banking regulator, Leroy King, who faces a probable life sentence in the United States, in the Stanford International Bank billion dollar Ponzi scheme.

The Choksi case is the latest in a long line of scandals  involving Citizenship by Investment (CBI) passsports being sold by Antigua to fugitive career criminals, money launderers, international sanctions evaders, and corrupt foreign government officials, who run afowl of the law. Antiguans fear that their country's passport will eventually become unwelcome in Europe and North America, due to the increasing number of CBI passport holders who commit global offenses, and the continual failure of the country's government to approve only legitimate applicants.