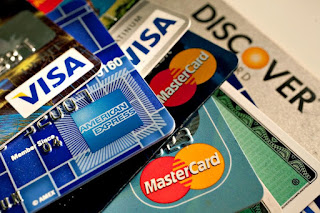 Now that the United States has reimposed sanctions upon Iran, agents of that country's government are setting up shop next door, in Canada, to operate evasion programs aimed at acquiring and moving US Dollars, and in conducting prohibited international trade transactions. Today we will focus upon the illegal use of prepaid cards as instruments that Iran has sought to use in the recent past*, and is currently seeking to employ to evade US sanctions, and to conceal illicit operations from US law enforcement agencies, and regulators.

Canada's immigration-friendly policies, together with the country's known reluctance to publicly name and shame financial institutions with ineffective anti-money laundering regimes, have long made its financial centers a favored destination for Iranians engaged in illicit activities, whether they be financial criminals or government agents acting undercover. The fact that the present government has been friendly to Iran, and has turned a blind eye to suspicious Iranian investments in Canada is an additional factor that cannot be ignored.

Due to industry pressure, and frankly, regulatory indifference, prepaid cards continue to be a major resource for sanctions evaders, money launderers, and bulk cash smugglers. We have identified two ongoing operations, located in the Province of Ontario; they are recently-formed money service businesses, controlled and openly led by Iranian nationals with a long history of suspected money laundering activities, or operations as intelligence agents of Iran, or both. Their stated business is the sale and distribution of prepaid cards to the public, but their true objective is the movement of dollars, in support of Iran's global sanctions evasion program, whether that be the purchase of prohibited dual-use goods, or to facilitate the transfer of restricted Western technology to Iran.

How can these Canadian MSBs interact with the US financial structure, you ask ? They have partnered up with a prominent American bank well known as a prepaid card distributor. The American bank is telling its customers and vendors that it will be selling prepaid cards, in bulk, to dual nationals, who it has decided to regard as non-Iranian nationals, for the purpose of the sanctions laws. This is, of course, utter nonsense from a legal viewpoint, and not supported by any interpretation of the law that we are aware of.

Furthermore, the American bank involved with the Canadian companies has a history of problems in the past with US regulators, especially in the anti-money laundering sector. Senior bank management has pushed its staff, especially compliance and IT, into cooperating with the Canadian companies, reportedly against their better judgment. The joint operation should be shut down before it can begin to move dollars in and out of the United States, and further Iran's illegal WMD and ballistic missile programs. If you know the prepaid card field, you should have an idea who the bank is, and steer clear of it in the future.