The master Malaysian criminal, Jho Low*, who is busy evading arrest with his handy little St Kitts CBI passport, has been charged with seven counts of money laundering. Low has been accused of being a key player in the theft of $4.5bn from the government investment fund, known as 1 Malaysian Development Berhad (1MDB), which local media there have dubbed the country's biggest white collar crime in its history.

The fraudster who also known as Low Taek Jho, is believed to have escaped via China, and Malaysian authorities believe he is attempting to reach the safety of St Kitts & Nevis, from which his citizenship will effectively guarantee immunity from extradition, and he will never face justice in Malaysia. 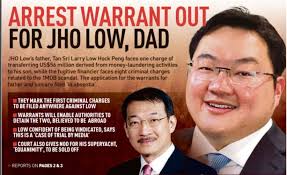