DOMINICA HAS NO EMBASSY IN RUSSIA, JUST AN AMBASSADOR SELLING CBI PASSPORTS 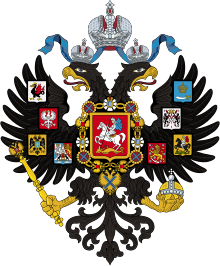 Earlier this year, the news from the Commonwealth of Dominica was the announcement that it had appointed an ambassador to the Russian Federation, who would be resident in Moscow. Four months later, Dominicans are reporting that they are unable to find any embassy or diplomatic office in the Russian capital. Futhermore, Internet searches of Commonwealth Government websites have failed to find any address or telephone numbers for any diplomatic office. Where is Dominica's Embassy in Moscow ?

The individual who has been awarded the title of Resident Ambassador is the principal of a private company that offers Citizenship by Investment (CBI) passport products, with offices in several countries including Dominica, and the other East Caribbean states which sell economic citizenships. Diplomacy is, by definition, a full-time occupation, which precludes operating a commercial enterprise at the same time.

Furthermore, the Vienna Treaty on Diplomatic Relations, of which Dominica is a signatory, severely restricts commercial activities of diplomats where they derive financial benefits as a result of their status. Inasmuch as Dominica chooses to ignore its responsibilities under international law, perhaps the United Nations, which has already revoked Dominica's voting privileges, for non-payment of dues, might want to impose additional sanctions.
Posted by Kenneth Rijock at Thursday, August 02, 2018