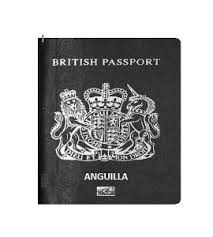 With all the negative press surrounding  cases where financial criminals obtain a citizenship by Investment (CBI) passport from one of the East Caribbean states offering these economic citizenship programs, and then are accused of criminal acts, you would think that the remaining Caribbean jurisdictions might choose to avoid CBI altogether. Unfortunately, the lure of what looks like easy money is still attractive to their governments, due to budget shortfalls, dysfunctional economies, and the desire to attract the foreign capital that often accompanies economic passport applicants.

Over in the British Overseas Territory of Anguilla, the local government is ramping up what it refers to as a Residence by Investment, or RBI, program, whereby legal residence will be conferred upon individuals making a large financial investment there. Successful applicants will, after a time, become elibigle for British Overseas Territory Citizen (BOTC) passports, according to the press releases. 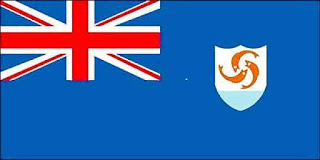 This is where a serious potential problem emerges. Holders of a BOTC passport, which you can see is similar to a British passport, enjoy visa-free entry into the United Kingdom; they may remain there for up to six months and even longer stays are permitted, assuming they can prove financial security. While Caribbean CBI passport holders have visa free access, due to the Commonweath of Nations membership their new nationalities possess, a BOTC passport holder will be regarded as British, and routinely admitted, CBI passport holders are recently subject to scrutiny. Which one would you prefer, if you were a money launderer needing assured access to the UK financial structure, without being questioned or searched ?

Now, on to the secondary concern: British Overseas Territory Citizens can apply for British passports; though it is not a routine matter, we imagine a top-flight UK immigration attorney, suitably retained, can succeed for clients sufficiently motivated to obtain one.The holder of a British passport is usually waved through upon arrived in the UK, and that document is priceless in the hands of a financial criminal moving money on a global scale.

Therefore, Anguilla's seemingly innocuous Residence by Investment program could spawn a group of BOTC passport holders, with free and easy UK access, some of whom might actually seek to upgrade to a British passport, but even if they don't they have achieved their goal of the ability to enter the United Kingdom, for the purpose of committing financial crimes, terrorist financing, laundering of the proceeds of corruption, and facilitating international sanctions evasion.


We trust that Anguilla's leaders will read this article, and govern themselves accordingly. No RBI applicants can graduate to BOTC status, nor be issued any passports; give the applicants solely legal residence, without granting any passports to them, to prevent their possible criminal misuse.