HOW MANY FOREIGN CAREER CRIMINALS ARE OPERATING WITH CBI PASSPORTS ISSUED BY ANTIGUA ? 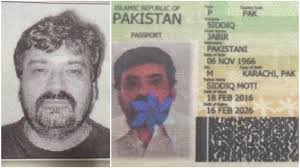 The recent arrest, of a career criminal from Pakistan, known to be the personal assistant to one of the world's most wanted fugitives from justice, has again spotlighted the dark fact that he is yet another wanted individual, who the Antigua CBI unit knew or should have known was legally unqualified wor a CBI passport, yet received one nevertheless, in a country where abject greed trumps the Rule of Law. He holds a CBI passport from Antigua & Barbuda, although he is a wanted fugitive in the United States.

Jabir Motiwala, arrested by Scotland Yard on an American, request, is also known as Jabir Siddiq. He works for Kaskar Dawood Ibrahim, a major Pakistani drug kingpin and known terrorist. Motiwala reportedly is wanted in the United States on charges of money laundering, extortion, kidnapping and drug trafficking. He had been living in Dubai, and was detained after he entered the United Kingdom.

Under what perversion of the regulations governing CBI passports issued by Antigua did this career criminal pass even the most primitive due diligence check ? Obviously, in Antigua, so long as you agree to pay a clearly excessive fee, over and above the listed charges, you will qualify for a CBI passport, even if you are known to be engaged in criminal or terrorist activities.

In the aftermath of the Choksi scandal, Antigua sustains yet one more black eye for its CBI program, which is regarded by compliance officers in North America and Europe as a government-operated racketeering enterprise. Any individual holding an Antiguan passport suspected of being a CBI-issued document is now subject to serious scrutiny.