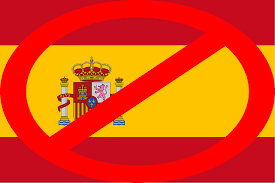 Compliance officers who are considering reducing Country Risk on Spain, due to a relative lack of violence, regarding the efforts of one of its autonomous provinces, Catalonia, to break away, should not forget the human rights violations, and physical ordeal being suffered by the unlawfully imprisoned businessman, Vladimir Kokorev. Held without being charged with any crime, as a Material Witness in purported money laundering action where there are no defendants named, the case illustrates the massive flaws in Spain's criminal justice system.

So long as Mr. Kokorev remains in a Spanish Gulag, keep Country Risk elevated for Spain. Its court system needs reform, and some of those judges, who fail to follow their own rules of procedure, should replace Kokorev in that prison cell.
Posted by Kenneth Rijock at Friday, November 10, 2017