The US Treasury Office of Foreign Assets Control has issued a Finding of Violation against Dominica, specifically the government agency responsible for maritime affairs, the Maritime Registry, which is an international ship registry.

The Commonwealth of Dominica Maritime Registry, Inc., (DMRI) violated the Iran Transactions and Sanctions Regulations (ITSR), by entering into what OFAC described as a "binding Memorandum of Understanding with The National Iranian Tanker Company, a Specially Designated National (SDN), which is owned by the Government of Iran, and is therefore sanctioned. 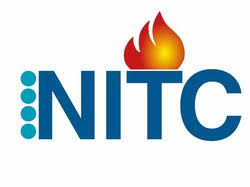 OFAC noted in its Enforcement Information press release that DMRI failed to report the offense to regulators.The Finding requires it to create an OFAC compliance procedures program, as well as an employee training program, because senior DMRI staff simply ignored US sanctions law.

If you were wondering how OFAC has jurisdiction over a foreign government, Dominica employs a Delaware Corporation, registered to conduct business in the State of Massachusetts, and which is reported to be operated by American citizens, from its office in Fairhaven, Mass.

We see that the DMRI uses only the abbreviated name of Dominica Maritime Registry Inc., which appears to the public to be a US corporation for profit, rather than an official government agency. I leave it to our readers to decide whether this is deceptive.