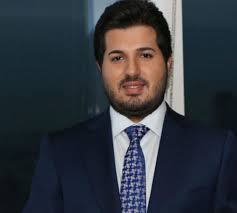 His trial is scheduled for November 27, but Reza Zarrab's attorneys have not made any of the usual pre-trial filings, either required or expected, giving further credence to the theory that he will eventually plead guilty, in an arrangement which will spare him the full force of the indictment for massive Iran oil sanctions evasion, where payments went through New York banks.

His co-defendant's attorney has stated that Zarrab counsel has ceased to cooperate with them, proposed jury instructions have not been prepared and sent, and anticipated motions were also not  filed. This leaves the Halkbank senior executive, Mehmet Atilla, in a precarious position. Will he also plead out at the last minute ?

More importantly, Iranians, Turkish bankers, Malaysian offshore financial service providers, and Dominica leaders, are all wondering whether they will be charged, after Zarrab enters into an agreement to cooperate, and testifies before the Grand Jury. Who will be next to be indicted ? We cannot say, but stay tuned.
Posted by Kenneth Rijock at Friday, November 03, 2017