WHAT IS THERE IN MARTINELLI'S HABEUS PETITION THAT IS RESTRICTED ? 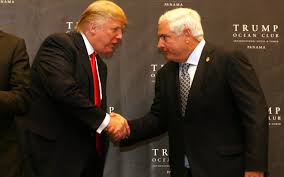 The pleadings in former Panamanian President Ricardo Martinelli's Habeus Corpus petition are not available to the public, and we are wondering under what authority the Court has sealed the file. Even the Government's responses are restricted. What could be in the petition that makes it unsuitable for general viewing ?

(1)Does it contain details of Martinelli's prior Confidential Informant status, with a US law enforcement agency ? Is that the reason he was allowed to enter the US, when as a known corrupt former government official, he should have been barred ?

(2) Was Martinelli an asset of an American intelligence service, as was General Manuel Noriega ?

(3) Did the totally amoral Martinelli, his back literally to the wall, expose embarrassing secrets he acquired from his illegal surveillance program, about the US Embassy, or US law enforcement activity in Panama ? No wonder all the pleadings are restricted; even the Government response is blocked, which might mean that its filings also disclose details that are deemed sensitive by those who hold security clearances.

Panamanians are tiring of the Martinelli Miami extradition treadmill; is an agency of the United States Government deliberately delaying the actual extradition ?