RANKING OF CARIBBEAN COUNTRIES THAT OFFER ECONOMIC CITIZENSHIP IS FLAWED 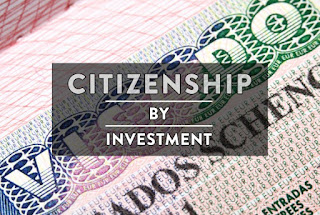 The ongoing controversy, and rivalry, among the half dozen nations in the East Caribbean that offer economic citizenship, totally ignores important negative aspects of these programs, which cannot be ignored, should an accurate calculation about which country's passports are superior to that of another, be made. Applicants should not rank one over the over, simply because of the number of visa-free nations that may be visited; that is hogwash, and misleading.

What about those negative, but not mentioned, aspects of these Citizenship by Investment (CBI) programs:

(1) Was the country ever, or presently, a known tax haven a/k/a offshore financial center ? If so, nationals from those countries may still be under law enforcement scrutiny, by US and EU law enforcement agencies, especially regarding money laundering, and other financial crimes.

(2) Have any high-profile economic passport holders from the country been arrested abroad, for serious financial crimes ? That fact that economic citizenship holders from a country have major felony convictions attracts even more unwanted law enforcement attention elsewhere. Do applicants really want guilt by association issues ?

(3) Is the Rule of Law not observed in the country's court system ? If so, applicants should fear that they are destined to lose any commercial dispute that arises there, as aggrieved parties, against locals or the government, even though the law is on their side.

(4) Does the government have a history of cancelling an economic citizenship, when the holder gets in trouble abroad ? If so, what is to stop it from taking that same step, for political or economic reasons, against innocent CBI citizens ?

Given the long and sordid history, of criminals abusing economic citizenship for illicit financial gain, applicants should NOT rely upon industry calculations, but seek out competent legal advice, regarding accurate assessment of risk, when seeking a second passport. To do any less invites a subsequent shock, when the new passport holder realizes that he or she has merely bought into a problem, not a solution.