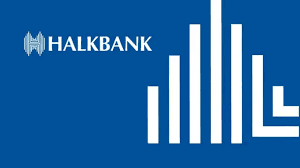 After hearing oral argument from attorneys from Halkbank deputy CEO Mehmet Atilla, the Court, in the Reza Zarrab oil-for-gold Iran sanctions evasion case, denied the defendant's motion to dismiss. the trial is scheduled for November 27, and Atilla appears to be the only defendant who will actually go to trial, as the principal defendant, Reza Zarrab, is either cooperating with the authorities, or other arrangements have been made, which could mean a prisoner exchange with Iran.

Atilla's counsel also argued his Motion in Limine, which sought to exclude the introduction of what was alleged to be highly prejudicial evidence; the Court ruled upon that motion, but since the order entered was oral, only through reference to the transcript of the proceedings can one learn details of the decision, and that document is not yet available.

Jury selection has been set for November 20, and a Pretrial Conference has been scheduled for the 21st. Whether Mr. Atilla will change his plea to guilty prior to trial, given the strength of the Government's case against him, remains a question, as is the whereabouts of Reza Zarrab, who allegedly knows where Iran's missing billions of dollars in illicit oi profits is located, and which he may personally control.
Posted by Kenneth Rijock at Saturday, November 18, 2017