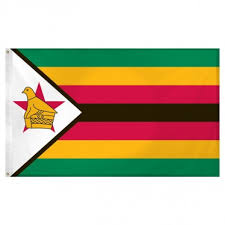 Though the news cycle is barely covering it, due to other more relevant stories, the military has apparently initiated a coup in Zimbabwe, in response to the country's president, Robert Mugabe,  attempt to place his unqualified wife, Grace in the line of succession. Dubbed "Gucci Grace," due to her luxury spending habits, she is a former typist from the secretarial pool, and unfit for office.

Given that Zimbabwe has been wallowing in rampant corruption for decades of Mugabe rule, be alert for any Zimbabwe PEPs seeking to move large amounts of US Dollars (the country's unofficial currency), lest it be eventually seized by the next government. Grace has been seen previously at a number of international financial centers, so you may assume that her supporters, and party loyalists, are already there, moving dirty money. We note that the military in Zimbabwe has sought to control charter flights, but some of the PEPs surely got out in time.

Note that these corrupt players may have second and even third, passports (St Kitts & Dominica), so check the place of birth, to determine true nationality, please. Zimbabwe, with over 90% reported unemployment among adults, needs that stolen cash, and decline to transfer any suspicious funds, referring the matter to your bank counsel, unless you want the negative publicity which exposure of your bank's role will generate.