He is a businessman known to lie, cheat and even steal, and a known sexual predator*, but the true power broker at the Trump Ocean Club (TOC) in Panama is not the Trump whom you think he is. He is the American expat, Gary James Lundgren, whom neither NBC nor Reuters, nor Global Witness identified in their recent expose' about rampant criminal activity at the TOC, and the quintessential Ugly American.

Lundgren, who left a sexual assault charge in the State of Washington years ago, and relocated to Panama City, where he resides, and where he is apparently safe from the grasp of  US law enforcement agencies, engages in fleecing unsuspecting foreign investors, and laundering Cartel narco-profits. The American securities broker regulator, FINRA, stripped him, for life, of all his US licenses to sell stock, when he refused to open his books of account to it. He has been identified several times, by victims of sexual assaults he allegedly committed in Panama, and is known there as the "Bill Cosby of Panama, " due in part to his manipulation of the criminal justice system, when charged with sex crimes. 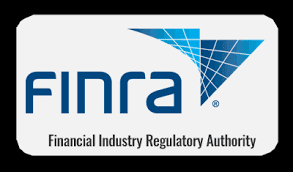 Lundgren owns, through a number of shell companies, at least fifteen condominium units in the TOC complex, and fifteen per cent (15%) of the outstanding bonds owned by the TOC developers. His wife, a Colombian national whose family is linked to the Medellin Cartel, convinced the Association to transfer the maintenance contract to her control. The Trump companies filed a $75m damage claim against her company, before a tribunal of the international Chamber of Commerce.